The Deterioration of Man

On Finding a Mate

While men may be the head of the family, in most situations, women are the neck. Men are rather simple creatures, motivated by a nut. If the nut’s good enough, they’ll stick around and hover. Through this, a woman can find herself in a very powerful position, getting to nag and help the man improve himself. Maybe she isn’t always actually helping, but people only do what they want. But now technology has enabled us alternatives: when you give men the opportunity to buy that nut, giving them the rush similar to the one they get from a real woman, it can lead to poor results.

I really like vintage Playboy magazines: sexy, tasteful, classic. I wouldn’t mind dating a playboy. I mean, I don’t like being played but the type of man who would read Playboy when it first came out in 1953 was one of taste and a certain mindset, which I like. This was a man who liked beautiful, full women and cared about appearances and a cultivated mind. I know that doesn’t sound true, but it was an American magazine, and until Penthouse entered the U.S. market (sparking what would be dubbed the Pubic Wars), they didn’t even show pubic hair. And I don’t mean that the girls were hairless– I mean that you couldn’t even see these girls’ sex organs! Wow! Who would’ve thought that there was ever a time like that, right?

And then, because these magazines were run by men with little self-awareness chasing a nut, these magazines all deteriorated into full-on, hardcore nudie magazines by the 90s. Because men, like women, are primal creatures, and it’s easiest to just chase a nut. Reading the magazine for the articles became a literal on-going joke.

After the peak of the Pubic Wars, Playboy apparently decided to be the magazine meant to actually be read for the articles, but the reputation was set. If you ask me, I don’t think they stuck to their guns enough in terms of their politics and written content. Second wave feminism had come and gone: pornographic magazines objectify women, and that was that: always and forever. There was no way the magazine could ever become significant in public discourse anymore. Before the magazine deteriorated, Playboy had featured articles by Roald Dahl and Ian Flemming and interviews with Martin Luther King Jr. and Steve Jobs. Can you believe it? The girls were realistic, tasteful, and inspired the imagination and the written work gave single men some direction in how to be a refined, stylish man without losing his sense of masculinity. I love masculine men.

But porn is common now. It’s a major addiction for many men, and it is not surprising to see aggressively photoshopped women, with cartoonishly unreal, sexually provocative body proportions on Instagram with a wild follower count. With that follower count, all too often comes an OnlyFans account, with accompanying filtered and photoshopped images. OnlyFans is interesting, though, because of the paywall: it’s almost like a shit test, which is just difficult enough for men to find the reward appealing, but easy enough to where they want to do it. All you need is $9.99 a month, right? These men also get to message these girls, creating a much more real imitation of intimacy; the girls are being paid for this, so they respond, regardless of how low-quality the initial text was. I wouldn’t respond to a “Hey” on Tinder, personally. Probably not even a “How are you?”. Don’t ask if you don’t want to actually hear about it.

But the men get the rush they crave from this mimicry: they get the rush of intimacy and orgasm from porn or OnlyFans or through beating off to pictures of their favorite unreal Instathot. Unfortunately, they turn into what 4chan would call incel coomers, giving themselves death grip, and then often end up complaining about how women are terrible, hold their standards for men too high, and how they could never meet their personal expectations of a woman. But while maybe that may be true to some extent (considering the rush of approval that women get nowadays from their careers and social media addictions, leaving men in the dust), I think of the different men I know and they all seem to be… cowardly? Lacking in masculinity? I’m not sure that’s the right word. They just don’t seem to really care about how they present themselves in real life. And when they do, it’s a deeply performative kind of Instagram appeal: nothing more than a photograph. Same goes for most women nowadays. Talking to most people feels like talking to a brick wall, if you ask me.

We talk so often of how gender is a performance and how we live in a sexually-liberated society, but in that case, why aren’t these boys acting like men? Why don’t they look like men? Barbie doesn’t really want a Ken doll, if you know what I’m saying. I’m 20 years old at the time of this being written, and it would take a lot to convince me to date a peer of mine: they’re too hooked on their copes. I’d like to think older men know better. I’m considering blaming my lack of affection for my male peers on the fact that boys hit puberty at a later age than woman. Scientific, right? Still love me some football, though… 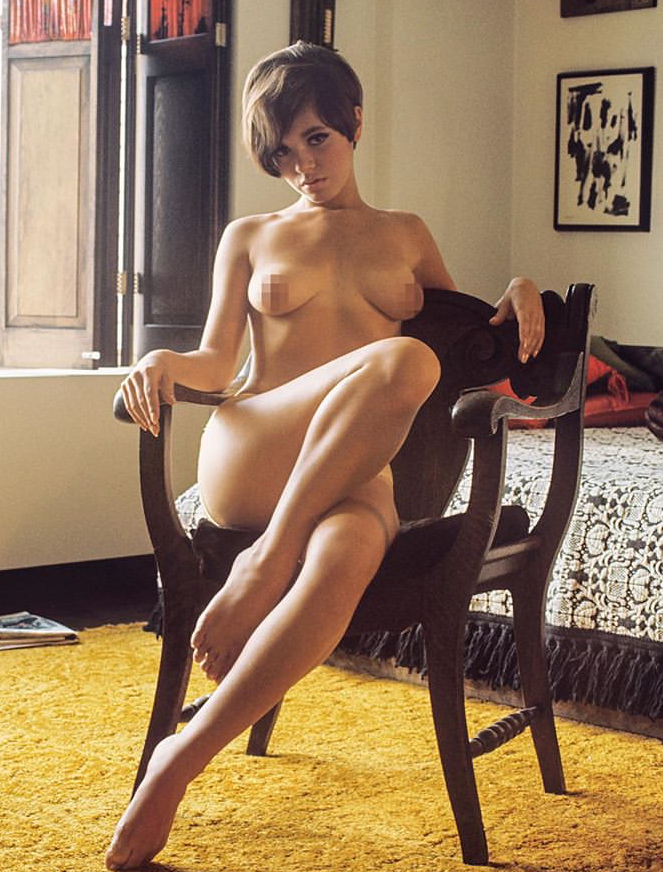 This is my favorite photo of Kim Farber, Playboy playmate of February 1967. I can't seem to find this photo anywhere on the web other than deep in the Playboy Instagram page, so I'd like to post it here. Isn't she stunning? I like the mystery.