Down the Rabbit Hole

"Bouncing and bubbling between things I should and shouldn’t read, occasionally falling off the deep end and then crawling back out..."

I’ve broken out of a lot paradigms that the mainstream media seems to push nowadays, or at least I’d like to think so. I would identify as conservative, but that’d put me into a box typically associated with establishment types like George W. Bush and Mitt Romney, and that just wouldn’t be accurate. I like the term right-leaning because it’s vague and yet specific enough to suggest I’m neither an establishment Democrat nor a woke Leftist, and that’s good enough for me. I think there are many more varied groups with a right-leaning bias than the seemingly uniform political conglomerate of the Left. I mean, that’s an issue with the Left’s fixation on cancel culture, if you ask me. If there’s a possibility that you’ll be cancelled, lose your job and all of your friends if you say the wrong thing, then why even try? Why ever have a unique thought?

Youth culture is very largely progressive nowadays, or so it would seem. Being a young person is tough, as we part ways from our family and begin to look elsewhere for a feeling of belonging. I think the vague collective of Woke Culture largely fills that niche, inviting anybody to join their leagues, just as long as that “anybody” agrees to start pushing the ideology of the group, where equality and justice are most important.

The sexually-liberated, quirky bunch is particularly appealing as we enter the world alone with a desire to rebel. However, the personal is political for them, so you can’t merely be only provocative: you must be anti-racist and feminist, constantly alert for micro-aggressions. I found this out the hard way, and along my journey, I also discovered that it isn’t for me— while I admit that the personal is political, I am deeply happy abiding by my own rules and furthering my own cause, regardless of the consequences and the approval of my peers… It’s almost like I’m more punk than the seemingly rebellious and alternative youth.

Poland is presently one of the most conservative countries in Europe. The reasoning and history behind it is long and complex, so because my parents are Polish immigrants, I technically ended up coming from a conservative background. However, being raised in New York City, I ended up being the Williamsburg-strain of hipster all throughout high school and the beginning of college. Who wouldn’t want to be a trendy, liberal hipster? But then I realized the precarious philosophy of contemporary liberals and suddenly, my parents’ insistence on the importance of marriage and religious piety became reasonable. There’s an appeal to the control and stability of conservatism. There’s a reason why the family unit came to look the way it does.

I liked going on /pol/ just for the sheer edge of it. I was mad after being cancelled in my school paper, alright? I’ll admit it. But from there, I was introduced to a number of ideologies, celebrities, and theories, which I began to explore on different platforms, including but not limited to film, audio, and literature. I always enjoyed buying second-hand books but I found an ironic fondness in collecting books that I imagined some Far Leftists wouldn’t mind burning. Then I could compare them to Nazis, and nobody would ever trust a Nazi, right?

I started spending a lot of time in the depths of the Internet because politically right-leaning spheres, especially ones with a reasonable female presence, were lacking at school. I mean, it’s not that better on the Internet, but at least on the web I get to be a silent observer and just absorb without having my lens shifted due to who I am or what I look like. People certainly judge a book by its cover and will always let it control their reactions, regardless of their conscious choice to do so. Now I have a website but no Instagram account.

And so I fell down the rabbit hole, bouncing and bubbling between things I should and shouldn’t read, occasionally falling off the deep end and then crawling back out, always trusting my skepticism to lead me out of the dark safely. I read lots of books and got into libertarianism (not Libertarianism— the actual party is kind of a mess if you ask me; it’s like the Anti-Party Party), and while I know my ideas are still shifting and changing, and I might look back on this writing with shame someday, at least it’s written well and I’m always doing as I please. I hope you are too. 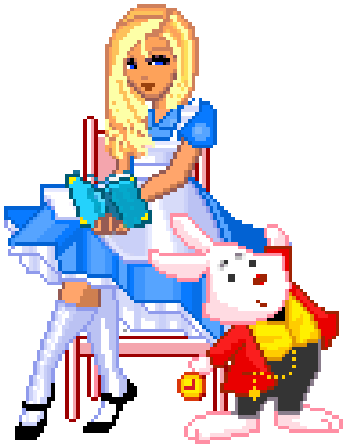